Each year at TART we give out two awards! Everyone has a chance to vote. Even non-TART bowlers can vote!

Please join us in nominating someone you feel is deserving of our two awards, The Chuck Heidbrink Fellowship Award, and The Barry J. Sullivan One Who Has Heart Award.

The Chuck Heidbrink Fellowship Award began in 2010 and first presented to Chuck Heidbrink, as the founder of our Sunday Night Out bowling league here in Albuquerque, New Mexico.

This award is presented every year at our TART Awards Banquet to a bowler that has enriched the Bowling Community and exemplifies the IGBO (International Gay Bowling Organization) Values of Unity, Fellowship and Communication. The most recent recipient of this award was Steven Herndon in 2018. Congratulations to Steven!

Eligibility: Nominations are accepted from bowlers in any local IGBO affiliated league, as well as from TART participants. Previous Recipients are not eligible.

Barry J. Sullivan One Who Has Heart Award

One Who Has Heart comes from having the Strength to endure all that life throws at you, while having the Wisdom that Friendship and Love is what living is all about. 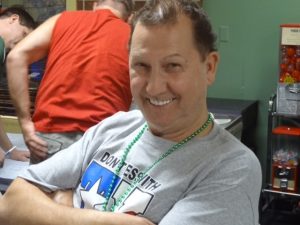 The TART tournament committee, TART participants, and SNO bowlers will nominate a person in the Albuquerque area that has shown Heart for others through their Strength, Friendships, and Wisdom.  The recipient will be presented a plaque in their name, at the TART banquet, plus a $250 donation to their charity of choice.

Eligibility: Nominations may only be submitted for an Albuquerque community resident.

Barry J. Sullivan “One Who Has Heart” Award Nomination Page

Comments are closed, but trackbacks and pingbacks are open.

Support TART with Your Amazon Purchases!

We earn cash back on every purchase you make all year long!

Our tournament and local chosen charities will earn cash with purchases you make on everyday items! Please check it out!
All you have to do is shop anytime with the brands you already love, like Home Depot, Under Armour,
Walmart, Old Navy, Apple, Mobil, Dick's Sporting Goods, CVS, Hotels.com and many, many more!
☆ ★ ☆ ★ ☆ JOIN US ON FLIPGIVE! ☆ ★ ☆ ★ ☆
Enter Our Team Code: 9ZJ6S3